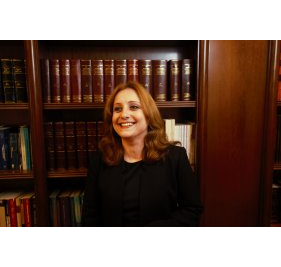 Ms. Anastasakou is a senior associate lawyer in “Filippos D. Koteas – Kosmas F. Koteas and Associates Law Firm”. She joined the firm in May, 1998, right after graduating Law School and became a licensed lawyer and a member of “Piraeus Bar Association” in December, 1999. She attended the Law School of the Democritus University of Thrace in Komotini, where she obtained her law degree and later, after already having practiced law for several years, she attended the Postgraduate Programme “Law and European Unification” of the General Department of Law of the Panteion University of Social and Political Science, where she further specialized in Private Law.

Any cookies that may not be particularly necessary for the website to function and is used specifically to collect user personal data via analytics, ads, other embedded contents are termed as non-necessary cookies. It is mandatory to procure user consent prior to running these cookies on your website.